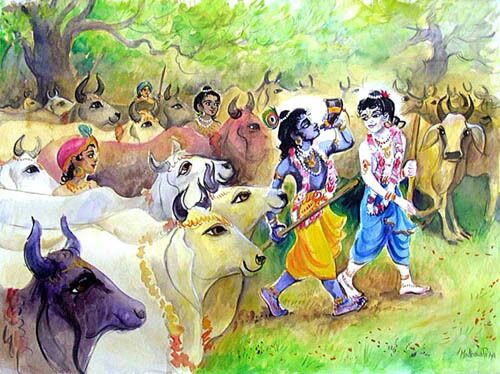 On this day lord Sri Krishna became a qualified cowherd. Before this day, he was a keeper of the calves.

The Killing of Dhenukasura:

“Thus Sri Krishna, along with His elder brother Balarama, passed the childhood age known as kaumara and stepped into the age of pauganda, from the sixth year up to the tenth. At that time, all the cowherd men conferred and agreed to give those boys who had passed their fifth year charge of the cows in the pasturing ground. Given charge of the cows, Krishna and Balarama traversed Vrindavana, purifying the land with Their lotus footprints.”

It is stated in the Kārttika-māhātmya section of the Padma Purāṇa:

“The eighth lunar day of the bright fortnight of the month of Kārttika is known by authorities as Gopāṣṭamī. From that day, Lord Vāsudeva served as a cowherd, whereas previously He had tended the calves.”
The word padaiḥ indicates that Lord Kṛṣṇa blessed the earth by walking on her surface with His lotus feet. The Lord wore no shoes or other footgear but walked barefoot in the forest, giving great anxiety to the girls of Vṛndāvana, who feared that His soft lotus feet would be injured. 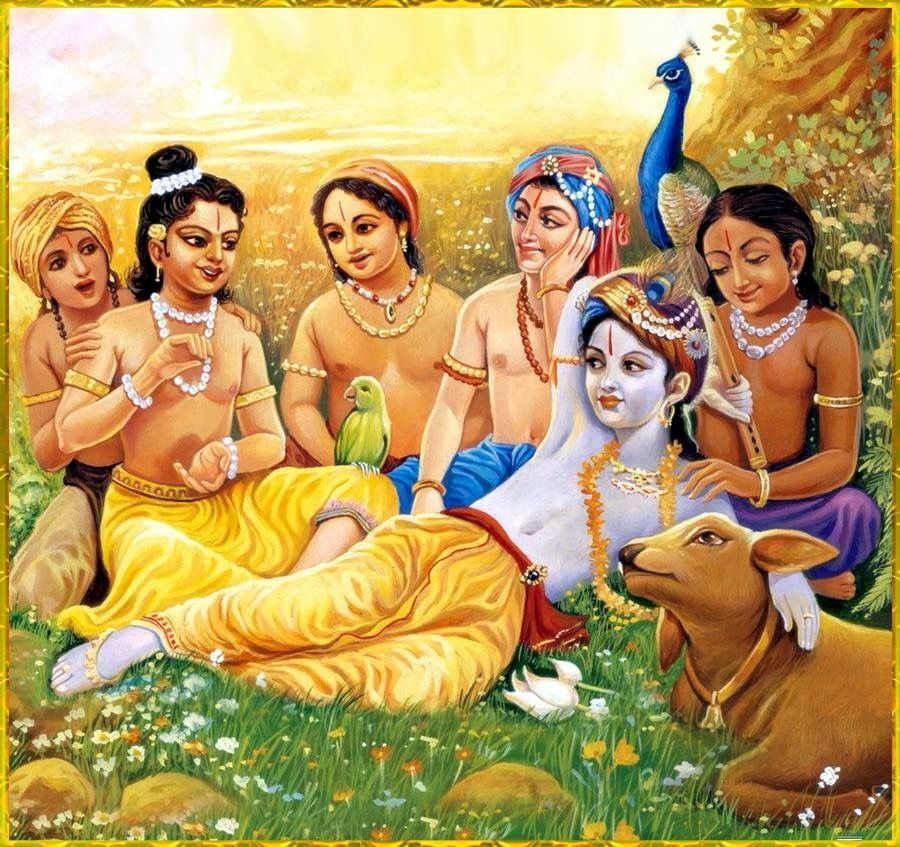 From CrowdFunding to CowFunding, now people around the world will have the opportunity to bring a touch of home, and Vedic tradition with them by donating for cows around the world – Gau-Seva.